For Andy Muschietti, after the rousing success of the It saga, the question now is…what’s next?

Back in 2018, it was announced that Muschietti would direct a live-action adaptation of Attack on Titan, the hit Japanese manga and anime created by Hajime Isayama. Just this past November, Muschietti confirmed he will make the film one of his upcoming projects. He told the interviewer on YouTube:

“Well, I am fascinated by Attack on Titan as a story that I first saw in the anime and then the manga. Probably in the wrong order. But that’s how it came to me. And I find it fascinated. There’s a lot of themes there that I’m attracted to and I want to talk to. And it’s also a fascinating horror adventure. There’s also all the elements of human drama that are very strong in there. All of that is really attracted to me. So, I really want to do it.”

While he is not a major manga and anime fan, he cites Macross as one of his childhood favorites.

Meanwhile, recently, after a rotating list of writer and directors announced, it was announced that Muschietti will also be doing the long developing Flash film that will bring back Ezra Miller (above) as Barry Allen and his speedy alter ego. Muschietti gave an update on the film, in which he did say he will begin production on the film later this year and it will be a loose adaptation of the famous Flashpoint storyline. Talking to That Hashtag Show, he said it will be a “different version of Flashpoint than you’re expecting,

Then Muschietti dropped a major bomb on us all and all you werewolf fans better start “howling”! 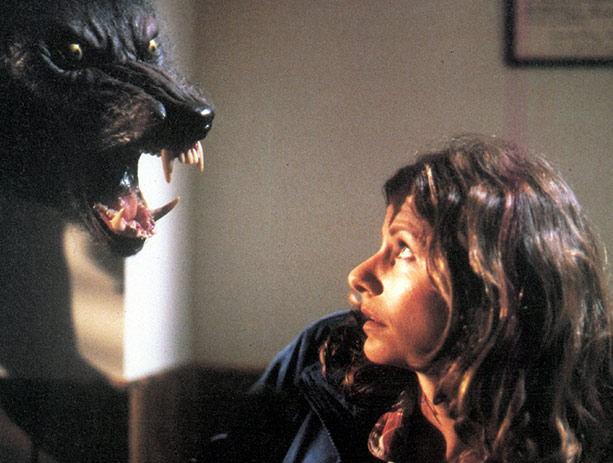 Muschietti announced that he will be directing a reboot of the 1981 werewolf classic The Howling for Netflix! The movie itself was a loose adaptation of the 1977 novel by Gary Brandner, but still remains one of the greatest werewolf movies of our time. Knowing Muschietti and his penchant for bringing human emotion in his films, it looks highly likely that his version of the film will be more a direct adaptation of the original novel rather than just a reboot of the film.

Even more the outstanding, Muschietti is planning to direct The Howling after completing work on The Flash. One can only speculate that after The Howling, he will begin work on Attack on Titan.

More as this develops…