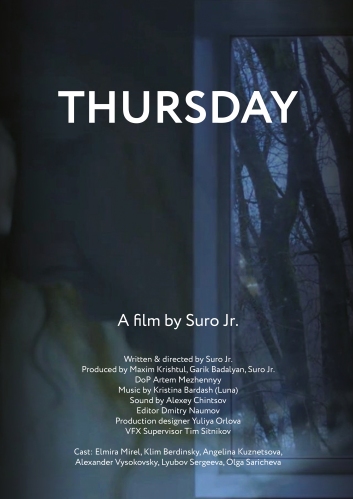 A mother fights to save her son in this very dramatic short film based on a true story.

On a Monday, a mother brings her son to a local hospital near Moscow. The child has been very ill and the doctor in charge recommends glucose. However, the child must have only a low dosage. The mother pleads with the doctor, who tells the mother she knows what she is doing. The child’s condition begins to get worse and despite her pleas, the mother is ignored on a constant basis. She goes as far as reaching her son’s pediatrician in Moscow, who informs her to tell the doctors to heed the advice. However, the doctors at the hospital are extremely arrogant and think they know the best intentions. Will the child be able to survive or will the inevitable happen?

The debut film of filmmaker Suro Jr., this film sends a very important message about health care and the need for physicians to stop being arrogant and heed advice from fellow practitioners. Hospital protocols are a trend, but they do have disastrous results if not taken care of. After all, the point is to save a life and if nothing is working, then other options should be explored in an attempt to save that life. This is similar to the premise of the FOX series The Resident, where the protagonist will do what it takes to save lives, even if it means breaking protocol. However, this is based on a true story that happened in Russia.

The short film is driven by a powerful performance by Elmira Mirel, who plays the mother who is urging doctors to help her son. The doctors, played by Angelina Kuznetsova, Lyubov Sergeeva, and Aleksandr Vysokovskiy, churn out some great performances at playing very arrogant doctors who in the case of the last one, is a bit of a double-edged sword. While the two females show the arrogance that they do care about the child’s safety, it’s clear they are following protocol. However, they seem to be more concerned about just getting their jobs done and not really looking at the health of the child, played by Klim Berdinskiy. As the film progresses, you can’t help but feel sympathy for the mother and complete hatred towards the doctors.

Thursday is a short film about the negative factors of health care in Russia, driven by powerful performances by the cast, having both a sense of sympathy and hatred. This is one short film definitely worth watching.