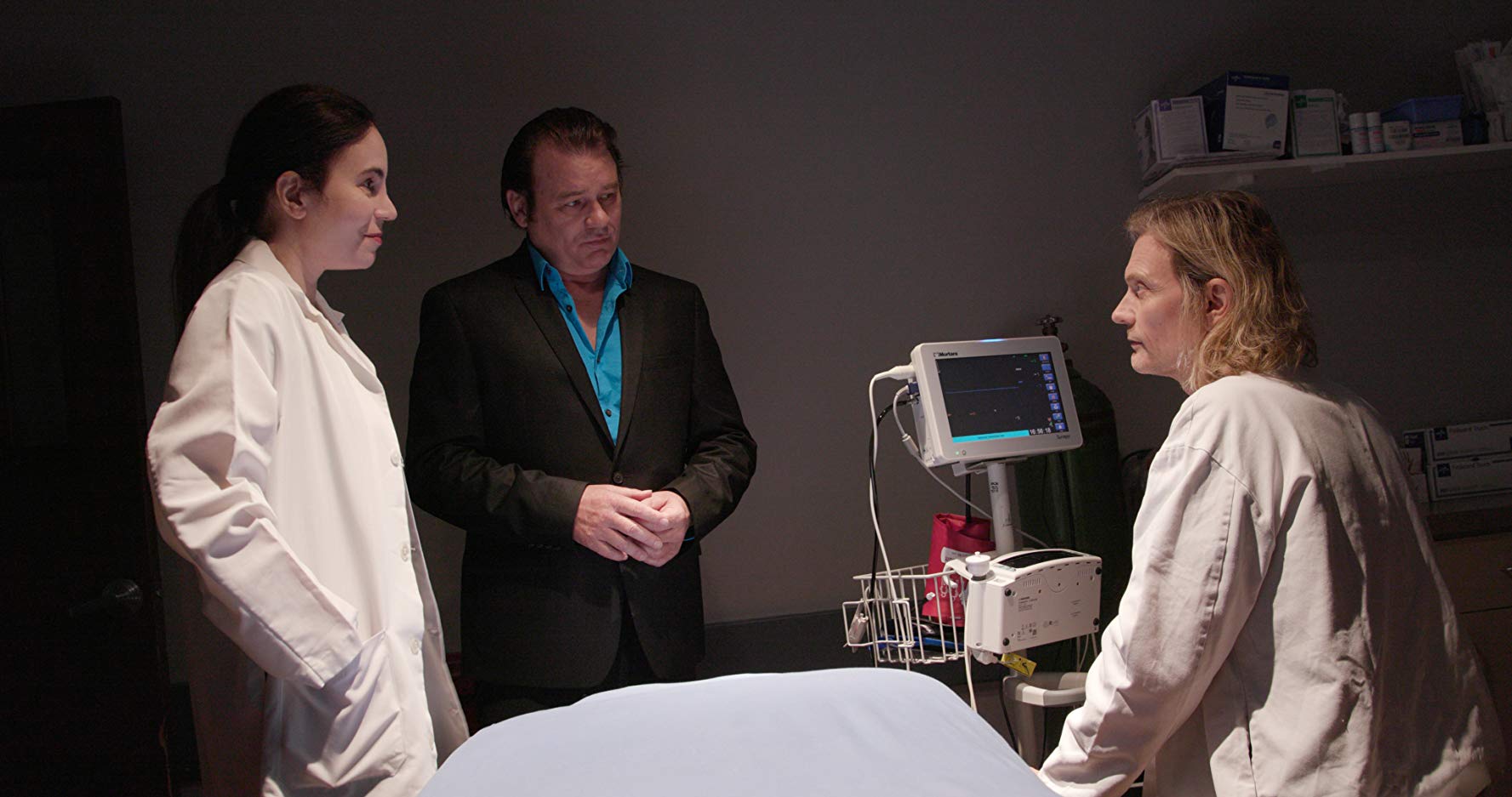 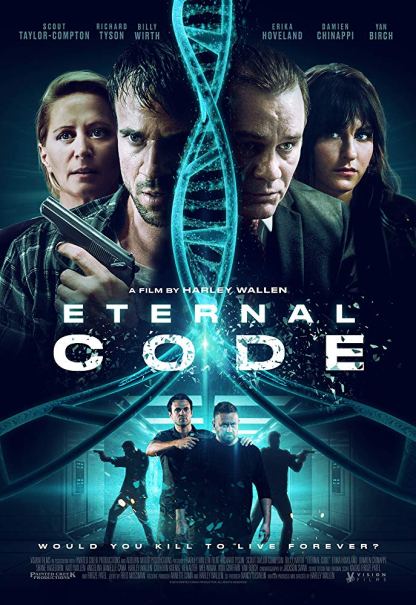 Harley Wallen unleashes this sci-fi style action thriller that makes good use of some Hollywood veterans and relative newcomers all in the name of indie films.

Bridget Pellegrini was a one-time scientist who has developed a new program that could be the new fountain of youth. Since then, Bridget has risen to become the CEO of her company. At a meeting, she discovers that the company who is planning to merge with her company have unscrupulous means for her new invention. When she votes no on the merger until things can be fixed, board member Oliver is hellbent on making sure Bridget votes on the merger and will do whatever it takes, even going as far as kidnapping her family.

Meanwhile, Cody is a homeless war veteran who is on the verge of wanting to end it all. However, at the same time, he finds himself helping a local prostitute, Stephanie, after a near assault. Cody and Stephanie bond, especially when she finds what Cody has been doing. When Bridget’s daughter Miranda is nearly kidnapped by three goons Oliver hires, Cody comes to her rescue and he decides to help her rescue her parents back. Meanwhile, the experiments continue to go on and something is in store for everyone involved in the potentially dangerous merger.

Indie filmmaker Harley Wallen meshes the world of science fiction and action thriller in this film. Wallen delves into some intricate twists and turns that keep the film going at a smooth pace. The story of a scientist turned CEO who is kidnapped to sway her vote to approve of a merger that could have potentially dangerous results and the reluctant hero who must rescue said CEO by taking on the trio of kidnappers hired by the film’s real villain, Oliver, played by the always excellent Richard Tyson.

While Richard Tyson gets top billing as does Halloween reboot star Scout Taylor-Compton, the two are more relegated to extended cameos as both the evil mastermind and one of the kidnappers. The real star of the film seems to be Damian Chinappi, who plays the very flawed hero Cody. Chinappi is introduced helping Stephanie, played by Harley’s wife Kaiti, and the two shows great chemistry as not really a romantic couple, but two people who rely on each other when they both need help. As fro Erika Hoveland’s Bridget, she is a strong woman who even while being kidnapped, stands her ground and sticks to her guns, not letting anyone force her to sway her vote, even when her husband, played by Billy Wirth, attempts to convince her.

Harley Wallen himself plays the lead kidnapper Sam and does an excellent job as someone whose greed leads to his actions but if one knows anything about greed and action films, one knows what to expect. Yan Birch and Vida Ghaffari brings both support and surprises in their roles as scientists Magnus and Nikita, who are in charge of the very experiment that Bridget created and is the reason for the film’s events. Angelina Danielle Cama plays Miranda at first like a teen in trouble, but soon proves herself to be a viable ally for Cody when it calls for it. Veteran Mel Novak makes the most of his role as Pomeroy, who supports Bridget’s decision as he thinks she knows what’s best for the company, despite obvious opposition from Oliver.

Eternal Code is a pretty good thriller that brings in some surprising twists and turns as well as a reluctant hero who can’t help but do the right thing. It’s this brand of action film that should be more seen these days.