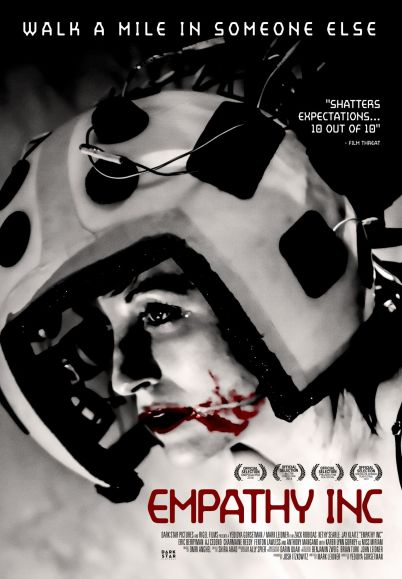 Virtual reality becomes something more terrifying…and realistic in this indie meshing of sci-fi and thrillers.

Josh was doing just fine with his investments and family as he and his wife Jessica were just about to get ready to buy their first home. However, when his partner has been implicated in a scandal, Joel is being implicated as the fall guy and he is near losing it all. Forced to live with his in-laws, Josh is constantly pressured to become a dad and it is eating him alive. However, an opportunity arises when Josh meets up with old friend Nicolaus, he finds a chance at redemption.

Nicolaus introduces Josh to Lester, who has created a new form of virtual reality called Extreme Virtual Reality. Josh learns that the user would be living the life of the less fortunate to get a firsthand look at what it looks like. However, as the experiments continue, Josh learns a very shocking revelation about this form of virtual reality, one that becomes more terrifying and not as virtual as it appears to be. Will Josh be able to do the right thing or will XVR consume his very soul before it’s too late?

Films involving the idea of virtual reality can be quite fascinating to work with. While there have been films that have brought the idea to a world never imagined as in some way, The Matrix, others have had that cult classic status like The Lawnmower Man and even delving in the martial arts genre, notably 1990s films Expect No Mercy and Virtual Combat. However, this film, written by Mark Leidner and directed by Yedidya Gorsetman, takes virtual reality to a whole new level of both terrifying and brings a realistic effect to the story that it brings in a sense of shock value midway through.

The breakout of the film is that of its lead star, Zach Robidas, in the role of Joel. We see Joel go from happy to losing it all within the first ten minutes of the film. Just when he is about to get his first house, he becomes the scapegoat after his investment partner is embroiled in a scandal that destroys their last company. It shifts to another ten minutes of Joel and his wife Jessica, played by Kathy Searle, finding themselves under constant pressure to have kids but knowing their financial situation has virtually been destroyed, the last thing they really need is that pressure. It is that road to redemption where we see Josh perhaps finding his way back to his glory days, unknowing it will meet with disastrous results.

Jay Klaitz gives a very intense performance in the role of XVR creator Lester, who at first seems like the kind of guy who is happy that his project has gotten the funding. However, as the film progresses, Lester’s true colors are soon revealed, and it makes for quite a shocking performance. As if that’s not crazy enough, the final fifteen minutes of the film truly become a sort of “mind screw” if you will as when you learn what the XVR program really does, it will truly mess with your mind especially in those last fifteen minutes.

Empathy Inc. is quite a thrilling film that takes virtual reality and amps it up in terms of storytellingand really gives a shocking yet great WTF moment in the last fifteen minutes.