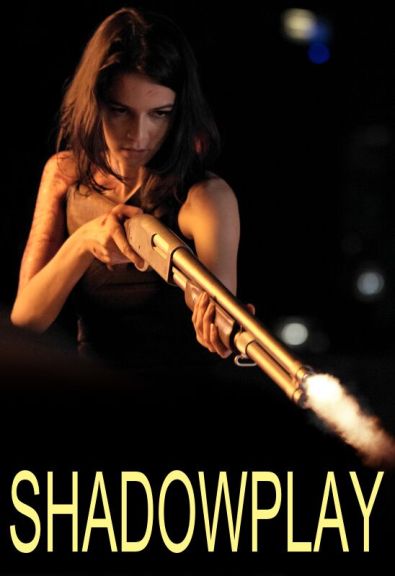 A private eye comes face to face with the past in an attempt to solve a kidnapping case in this tense and visualizing thriller.

Anton Shaw is a top private eye who has been hired to find a kidnapped college student named Lamya. As he begins his investigation, Anton begins to have memories that were once dormant return to his life. Anton begins to question people close to Lamya and along the way, Anton soon realizes he was in a similar situation as a child when he watched his mother being taken, or so he thinks. In addition, Anton begins to find clues in a game book he is reading.

During his investigation, Anton discovers that he finds some unexpected help in a very mysterious man who may be holding the key to Lamya’s disappearance. However, as Anton grows closer, he eventually makes his way to finding the kidnappers but finds himself with Lamya’s diary and discovers something even more sinister as he soon realizes why his traumatic childhood is slowly returning during the investigation.

What starts out as a routine investigation film is heightened by some amazing visuals as well as a third act that turns out to be extremely shocking with a twist that not is unexpected but may seem non-sensical at first, but brings a true meaning to the film as a whole. Co-writer/director Tony Pietra Arjuna made excellent of the visuals when it comes to nights in Kuala Lumpur, Malaysia, where the film was shot. Using a lot of purple and pink tones to visualize the tone of the film, this starts out quite interesting then brings a shocking twist in the third and final act.

Tony Eusoff shines as Anton, whose investigation leads to long dormant memories slowly coming back to haunt him. The film shows Anton occasionally reliving a memory from the past and in some way, it leads to clues in his investigation. There are a few insane moments including the revelation that Anton was at one point kidnapped himself when he was younger and despite his mother’s attempt to sacrifice herself for her son, the kidnappers make it clear it is Anton they plan to take. This may sound similar to something expected in perhaps a sci-fi film with Anton having some sort of psychic link. However, that’s not the case, but it is the third act that becomes quite insane.

The third act may bring something like Death Note to mind, but instead of death coming, something more insane is in store. There are some insane moments of violence, including a victim of the revealed kidnappers being killed and hung up similar like Jesus Christ on the cross; and Anton briefly having to face off against two masked henchmen with just a very brief touch of martial arts. However, the final ten minutes are perhaps the most shocking moments of the film as the kidnapper is revealed and it brings a very insane moment that soon engages itself in the film’s twist and it must be seen to be believed.

Shadowplay starts off as a routine kidnapping case and its investigation. However, it soon delves into something extremely disturbing in the third and final act, along with Tony Eusoff driving the film as the detective whose tortured soul returns to both haunt and help him.