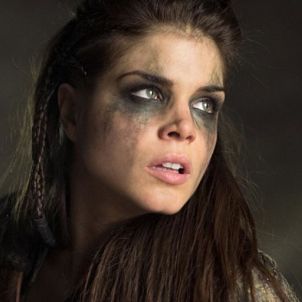 Alain Moussi and Nicolas Cage are about to get their Jiu Jitsu on as shooting has begun in Cyprus. Some of the ensemble supporting cast have been announced prior to production.

It was first rumored when the film’s announcement was made, but it is now official that Tony Jaa has joined the cast. Along with Jaa, Frank Grillo (Captain America: The Winter Soldier) and Marie Avgeropoulos (The 100) have also joined the cast as has Rick Yune (Die Another Day), Juju Chan (Wu Assassins) and MMA legend Randy Couture.

Moussi, the stuntman best known for playing Kurt Sloane in the Kickboxer reboot film series, plays the lead character of Jake Barnes, a former military veteran and Jiu-Jitsu expert who loses his memory when he loses heavily to an alien fighter named Brax. Rescued by a team of fighters led by Wylie (Cage), Jake has six years to regain his memory and set out to face his nemesis in a fight for humanity. Stuntman Ryan Tarran (The Hobbit) has been cast as the alien fighter Brax.

For those wondering what has happened to Kickboxer: Armageddon, the third and final installment of the reboot franchise, Moussi and Logothetis have stated that after completion of Jiu Jitsu, they will begin work on that film.