If you enter this land, prepare for the worst! 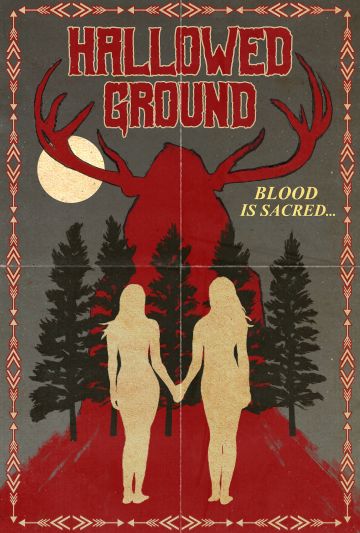 Hallowed Ground, the latest film from Miles Doleac, is coming to theaters this summer and his latest film is described as Deliverance meets The Green Inferno.

A married couple, trying to rebuild their relationship after an affair, travels to a secluded cabin and stumbles into a blood feud between the Native American owners of the property and the neighboring clan, who obsessively guard their land and punish those who trespass on it in terrifying ways.

The film stars Doleac himself along with Sherri Eakin, Lindsay Anne Williams, and Richie Montgomery.

Uncork’d Entertainment has set a limited theatrical release for June 7 followed by a DVD/On Demand release on June 11.