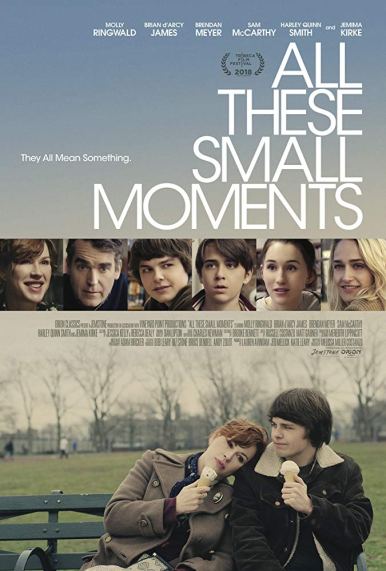 A young man comes of age while dealing with personal issues in this dramedy that does quite well with the performances of its cast.

Howie Sheffield is having issues. School hasn’t been exactly wonderful for him and to make matters worse, his parents are on the verge of divorcing when he learns his father is having an affair. One day, Howie locks his eyes on a slightly older women, Odessa, on the bus. Seeing her with a somber look, he decides to see her and becomes infatuated with her. In addition, while in school, he finds himself always speaking to fellow student Lindsey, who is having her own issues in part to rumors that have caused her to become somewhat of an outcast.

As Howie and Odessa begin to converse, the two slowly form a bond. Meanwhile, Howie is trying to keep his younger brother Simon in check due to Simon’s inability to deal with the impending divorce. As Howie comes to term with everything at home, he finds solace with Odessa. However, he has a sense of fear that his feelings for her may be more than what either he or she expect. Will Howie be able to come to terms with everything in his life?

This is quite an interesting film from Melissa Miller Costanzo as it sounds like it could go one direction but actually does stay focus on its lead character, a teen who is going through trials and tribulations in his life and trying to become somewhat a glue while attempting to keep himself together. The film does well with its intricate cast of veterans and new generation actors.

Brendan Meyer brings a sense of reality in the central role of Howie Sheffield. He portrays Howie as someone who is normal and is going through issues. It is such a natural performance from him and his chemistry with his co-stars has a realistic feeling to it that it sometimes feels like a docudrama. Molly Ringwald and Brian James D’Arcy bring their veteran talents as Howie’s parents, who have a sense of a love-hate relationship and are on the verge of divorce when it is revealed that D’Arcy’s Tom is having an affair as told in a blunt manner during a family dinner. Their breaks of the fourth wall brings us to their meetings. An interesting note is that there is a connection to this film with Ringwald’s 80’s glory as the character of Simon, Howie’s brother, is played by Sam McCarthy, whose father Andrew starring with Ringwald in Pretty in Pink.

One of the driving points of the film is Howie’s obsession with older woman Odessa. Before one can go ahead and judge before seeing the film, there is no Harold and Maude like shtick going on here. Instead, the infatuation factor with Odessa, played by Girls’ Jemima Kirke, is more of an outlet for Howie to get away from his issues at home. He also has some good chemistry in school when it comes to the character of Lindsey, played by Harley Quinn Smith, daughter of director Kevin Smith. Lindsey’s subplot with her issues may seem to have a bit of unnecessity, but as the title indicate, it is the small moments that Howie needs to get away from the issues that have plagued him.

All These Small Moments is actually a pretty good film about a teen who goes through life and looks for the “small moments” as a means to get away from his issues. Lead Brendan Meyer is the driving force and he couldn’t have had a better supporting ensemble here.

Orion Classics will release the film in select theaters, VOD, and Digital HD on January 17.