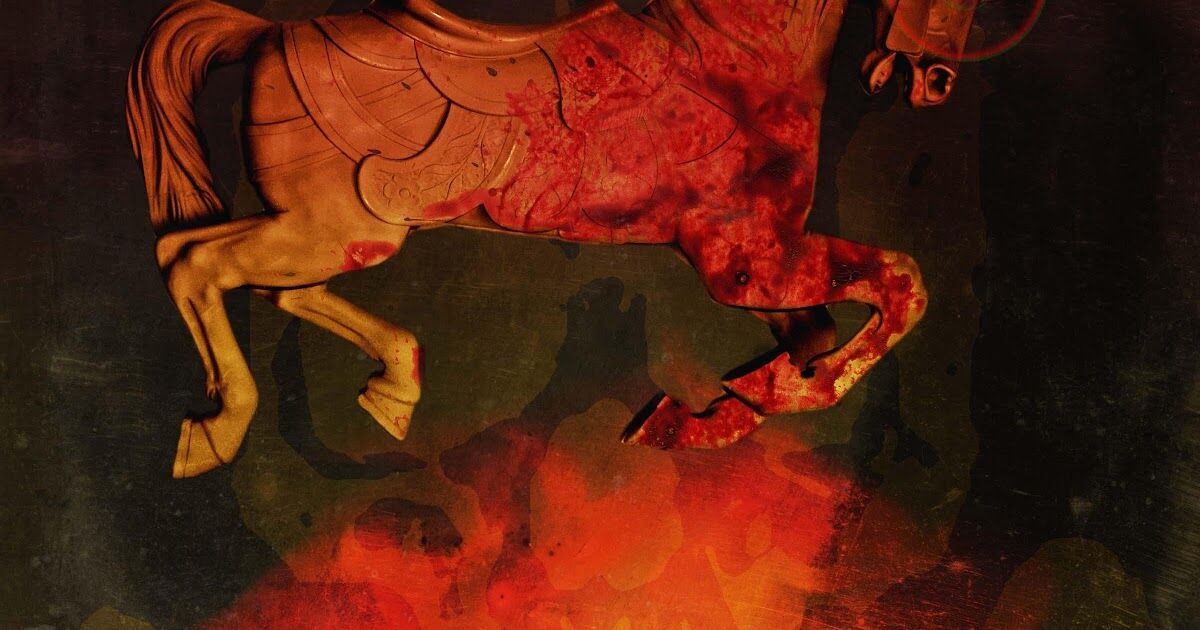 Unicorns…the cute lovable mythical creatures. Well, this is one you will want to avoid!

From the director of Red Christmas comes CarousHell, a new horror film in which a carousel unicorn has had enough and comes to life to begin a killing spree in the vein of such “classics” like Thankskilling and Poultrygeist!

The film stars Steve Rimpici, Sé Marie and Haley Madison with Steve Rudzinski directing, with a script by Rudzinski and Aleen Isley.

Wild Eye Releasing will release the film in 2019.