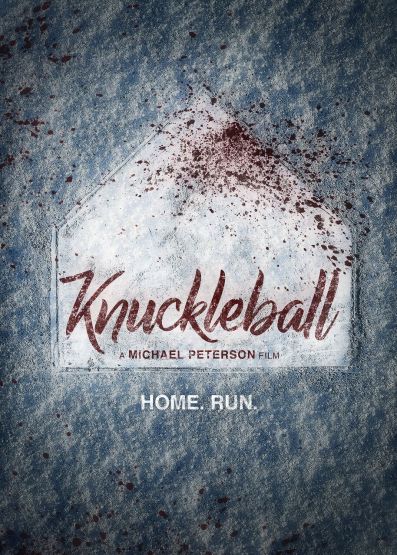 If Home Alone was done as a violent horror film, then the result would most likely be this Canadian indie thriller from Michael Peterson.

Henry is a 12-year old boy who is heading to a small town to visit his grandfather Jacob, while his parents are off to a funeral. Henry hasn’t had a chance to see his grandfather as Jacob had never visited his daughter Mary and her family. Right away, Jacob puts Henry to help out around the outside of the house. However, Jacob finds the time to teach Henry how to throw baseball pitches. Not too long after, Henry meets the mysterious next door neighbor Dixon, who tells him Jacob has helped him and he returns the favor.

The next day, Henry finds himself in complete shock when Jacob is revealed to have died in his sleep. Henry attempts to call his parents, but he has forgotten his cell phone charger and the cell phone has died. Henry attempts to come to Dixon for help, and he offers to take Henry in. However, when Dixon reveals his true nature, Henry narrowly escapes and now will do what he has to do to protect himself and he will use his grandfather’s house as the stage for that protection.

Making his third feature film, Michael Peterson has unleashed a very interesting concept that will make the viewer wonder what if Home Alone was a violent horror film meshed in with some insane twists that just makes one jog their mind. Even more interesting is that instead of a suburban area, we are brought to an isolated small town, which just ups the tension to a tee when it comes for it.

Young actor Luca Villacis is great as Henry, who finds himself going from one uncomfortable situation to a moment of comfort to a situation worth ten times the uncomfortable. His situation with his relationship with estranged grandfather Jacob, played by the great veteran Michael Ironside, has its moments, especially when the duo learn they have a liking for baseball, hence the name of the film, named after a pitch. Ironside makes the most of his role as Jacob, who is stern but fair, except when he comes across our antagonist Dixon.

Former Degrassi: The Next Generation star Munro Chambers couldn’t have made a better villain in Dixon, the next door neighbor who has this connection to Jacob. Chambers comes off as sympathetic at first, but slowly reveals his dark side and it is that tension that eventually brings out Chambers’ performance as one of this year’s best indie villains. This is a guy who is so unhinged and if that’s not enough, when the twist is revealed, which many would guess by now what it is, it doesn’t stop the fact that Dixon is one crazy lunatic who will stop at nothing to get his way.

The Home Alone reference comes in the form of traps Henry makes to stop Dixon. However, instead of the comic style we were used to see Kevin McAllister give Harry and Marv, these traps amp up a level of violence that just makes Henry and Dixon stronger in their game to see who the better person is. It brings a level that will shock viewers, including a shocking twist that has a WTF moment in the last ten minutes of the film.

Knuckleball is more than an R-rated Home Alone style film, but one that has shocking twists, and kudos goes to Luca Villacis and Munro Chambers for their excellent performances that make this one indie thriller worth checking out.

RLJE Films and Raven Banner will release the film in select theaters, VOD, and Digital HD on October 5.