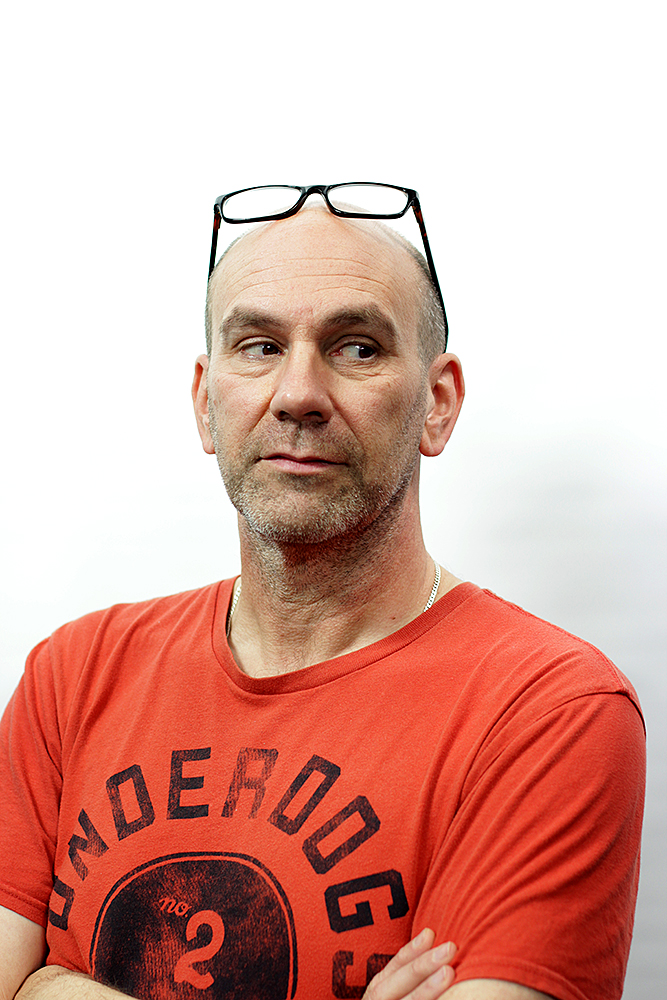 Clive Tonge is a British filmmaker and teacher who started his career making short films such as Emily and the Baba Yaga, Love Lesson, and Sunday Best. He finally makes his feature film directorial debut on the horror film Mara, coming to theaters, VOD, and Digital HD on September 7 from Saban Films.

World Film Geek had the chance to talk to Tonge about his experiences in making the film.

Thank you Clive for talking about Mara. At first, I thought it would be another routine ghost story but there were some nice twists that made this a bit better than most.
Thank you! I appreciate that!

You started out as a short film director and even worked as a teacher. What was the inspiration behind making Mara your feature film debut?
It’s been a lifelong passion. I’ve done short films and I’ve been a teacher. However, what I really wanted to do was direct movies so this is the culminations of hopes and dreams and there are many others who want to do the same thing.

I’ve been a lifelong horror film and I’ve always wanted to work in that genre. This genre has a lot to say and I also really like the visceral connection between the film and the audience. I mean, once they see something scary, they scream right away. It is an intellectual genre, very much emotional from the heart. It may sound evil, but I like the idea of scaring people.

As for Mara, I saw this documentary on sleep paralysis and it looked terrifying. The things these people described was terrifying and I’ve wondered why no one has done a movie about this, I mean have taken it to this level. I did some more research and more homework on it. Interestingly, you have mentioned ghost story and it may sound like that. Mara isn’t really a ghost but she is a real thing that comes from sleep paralysis. If you knocked on a bunch of doors, I can 100 percent guarantee you will find someone suffering from sleep paralysis. I would say it was a more “elevated ghost story”.

I felt the film had some influences such as A Nightmare on Elm Street (left) and The Ring to name a few. Were they perhaps part of the inspiration behind the story?
Well, A Nightmare on Elm Street is a bit of an inspiration. I mean what Wes Craven did was that he did look at the idea of sleep paralysis. From there, he created Freddy Krueger and the whole mythology. We didn’t want to do that because let’s face it, we can’t take on Freddy. He’s a beast (laughs).

What we did that was different was that we delved more into what we learned through our research on the subject. We based Mara on what these people actually saw. This is less of a scary ghoul, just go after you. This is more of a demon who is going to take their time to turn the screws. So, while there are shades of A Nightmare on Elm Street, we shied away from that.

I’m glad you mentioned The Ring. I’ve always been a fan of J-Horror and K-Horror, well most Asian movies. I wanted to bring that style to a Western audience so I thought what if Mara marks her victims, forcing the victims to try to stay awake before she attacks. Ringu was definitely a major influence on the film.

I thought Olga Kurylenko did a great job and proved that she was more than eye candy, being a former Bond girl, but proved herself as a serious performer. What was she like on the set of the film?
Olga is a great actress and yes, she was a model. When she auditioned for the film, she knew what she was getting into. She knew she would have to carry the film. She was a true professional. She came on the set either early or on time. She is a real trooper and she did a great job. I mean, this is a different side of Olga nobody has seen on screen because they are used to the diva-ish looks when she is on screen. Fans are used to more her Bond Girl style with the bikinis, but we didn’t want to do this.

The opening scene is the only scene where she does look glamorous and beautiful and by the end of the film, she is pretty much a wreck. She slowly delved into that but really gave it her all.

What difficulties did you face during shooting the film?
How much time do you have? (Laughs) We had to think, how we are going to create a film about sleep paralysis to the masses. Olga Kurylenko laying perfectly still on the bed, so there were creative challenges. Thankfully, we were able to work it out. You get there on the day, on the set, and it becomes ‘do we have the money for this’, ‘what do we shoot today’, I mean at times, I felt like a deer in headlights. Thankfully, I got through it, I don’t have PTSD (laughs). Once editing was done, I felt relieved. So, there were lots of challenges, but the experience was ultimately incredible.

Mara comes to theaters, VOD, and Digital HD on September 7. If you want a ghost story with an edge to it, then you will enjoy this film. Thank you again Clive for talking about the film.
Thank you so much!

A Special Thank You goes to Katrina Wan PR and Clive Tonge for making this interview possible.

One comment on ““Mara” Brought to Life: An Interview with Director Clive Tonge”