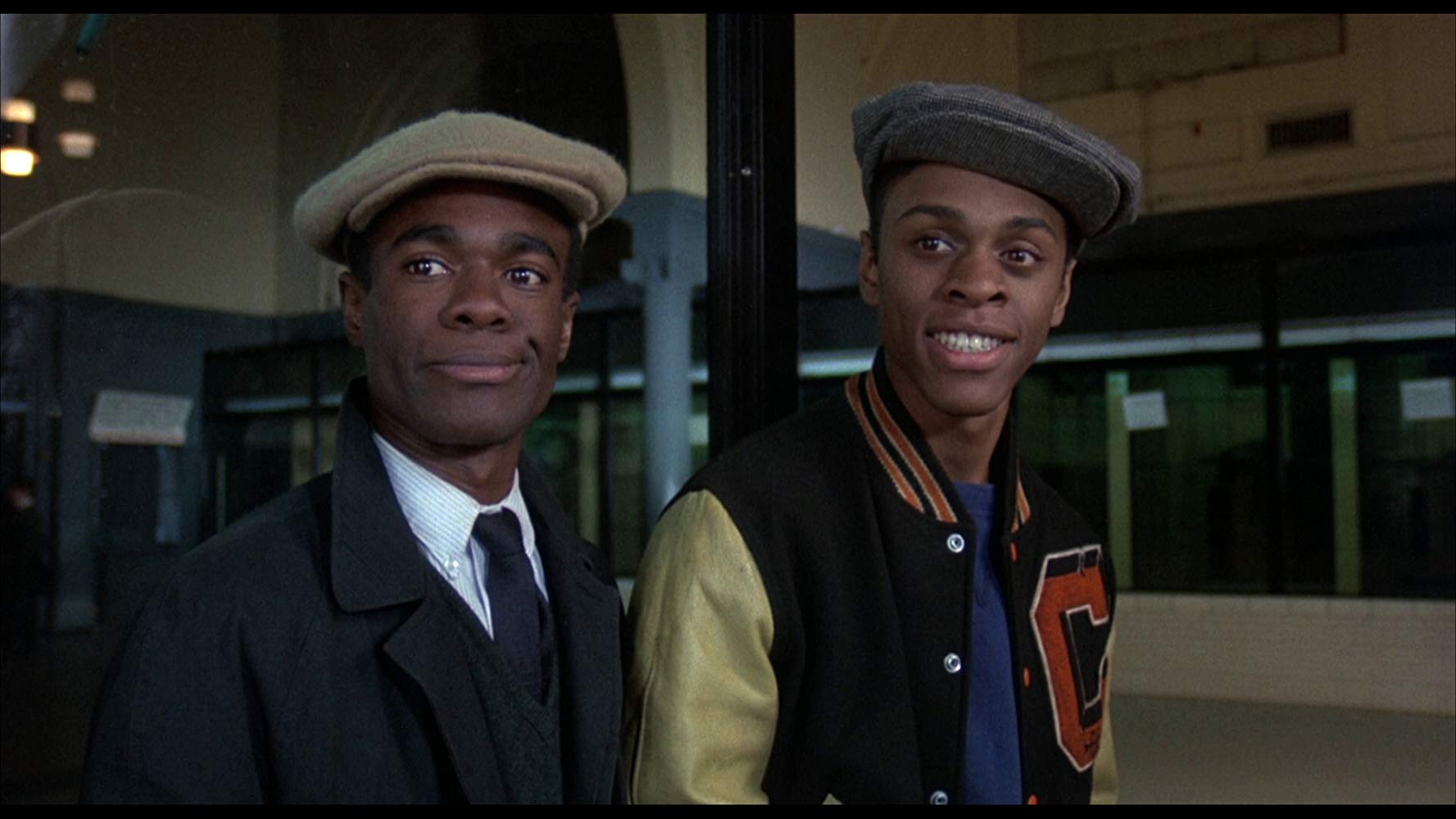 The lives of two best friends and their dreams begin to unravel in this classic film that would inspire one of the most underrated shows in 70’s television.

The year is 1964. At Chicago’s Cooley High, best friends Preach and Cochise spend their time going to parties, getting with women, and enjoying life in the city. While Preach aspires to go to Hollywood to become a writer, Cochise hopes to earn a scholarship for college. As these two friends are determined to live their dreams, an innocent joyride with local hoods Stone and Robert turns into a wild chase with police. When the four guys are eventually arrested, Preach and Cochise are released. The release could jeopardize the dreams of the two best friends as Stone and Robert seek revenge.

One can only wonder why this film falls in the “Blaxploitation” genre, because from its thematic elements, it is more of an anti-blaxploitation film. However, despite the genre mix-up, this is truly a great film that revolves around the friendship of lead characters Preach and Cochise. The duo are well-played respectively by Glynn Turman and Lawrence Hilton-Jacobs. While the first half consists mostly of hijinks between them and their group of friends, the second half takes quite a turn more into the seriousness of the film.

What is great that aside from the hijinks, the two friends have that “opposites attract” quality. Preach dreams of being a famous writer in Hollywood yet he is struggling in school. That is, only because he skips history class to go on “field trips” all over the city. As for Cochise, he is truly the ladies’ man of the group, always looking to “score” wherever he goes. The only notable member of the group worth mentioning here is Pooter, the butt of the jokes. He somehow manages to get himself in the wrong place and the wrong time. This is noticeable when the gang goes to a showing of a Godzilla movie, which escalates into a riot between gangs.

Screenwriter Eric Monte based the film on actual experiences of his life living in Chicago at the time the film was set. The film is driven by the music of Motown, featuring the likes of Smokey Robinson and the Supremes. The central theme “It’s So Hard to Say Goodbye to Yesterday” (immortalized nearly 20 years later by R&B group Boyz II Men) depicts the second half of the film as the two friends’ dreams are jeopardized by what they originally thought was a simple joyride.

The film was the inspiration for the hit 1970’s television series What’s Happening This comes in the form of Preach, who was the basis for series character Roger “Raj” Thomas. Like Preach, Raj wants to be a famous writer, always getting into trouble, and even has a mother who uses a belt for discipline. Ernest Thomas truly made for the television equivalent of Glynn Turman. One only wonders had Turman starred as Raj how the series would have ended up.

In any aspect, Cooley High is truly a great film about a friendship that conquers all barriers, even one that has the potential to become tragic. A great performance, script, and soundtrack make this one of the best entries in the blaxploitation genre…or should we refer to it as the “anti-blaxploitation” film.