SyFy Films is going to unleash some tech terror in the first trailer and key art for the upcoming thriller Hover. 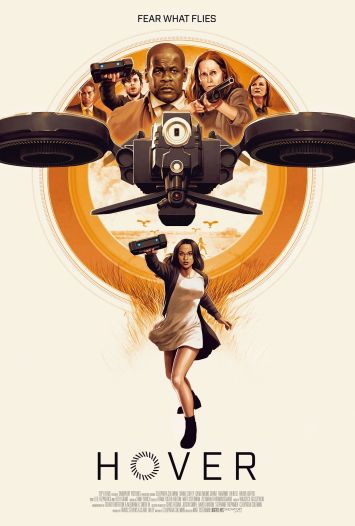 Hover takes place in the near future, where environmental strain has caused food shortages around the world. Technology provides a narrow path forward, with agricultural drones maximizing the yield from what land remains. Two compassionate care providers, Claudia and her mentor John, work to assist sick farmland inhabitants in ending their lives. After John dies under mysterious circumstances, a group of locals helps Claudia to uncover a deadly connection between the health of her clients and the technology they are using.

Hover is coming to select theaters on June 29 followed by a VOD and Digital HD on July 3 from SyFy Films.