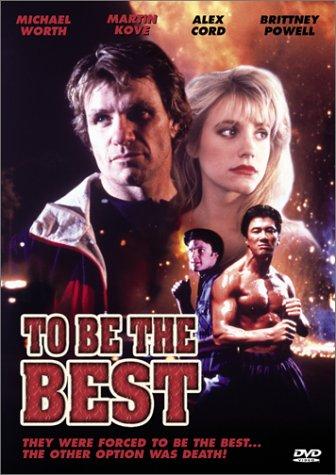 The sport of kickboxing in Las Vegas can be a deadly game in this action packed drama from the team behind Ring of Fire.

The International Kickboxing Championships have gained a lot of attention in Sin City. The American team consists of Duke, Runt, Mario and brothers Erick and Sam. Sam, a once promising champ like his father and coach Rick, went down a bad path and sees the competition as a way to make a comeback. Erick is a hot-headed fighter whose battles often lead him to have issues with his girlfriend Cheryl.

The favorites to win are the Thais, led by Hong Do, an unorthodox style fighter who uses aggressive techniques against his opponents. As the competition heats up, so do the stakes. Notably, hotshot gambler Jack has bet high on Hong Do, and expects Erick to throw his championship fight or risk losing Cheryl. Will Erick be able to do what is right in a city where lots of bad things can happen?

PM Entertainment is truly one of the underrated film companies to have churned out quality action films, notably that of martial arts films. Their discovery, Michael Worth, who made an impact in his film debut Final Impact again shines in this film. Here, he plays Erick as a sometimes cocky aggressor who lets things get in his head and the only way he can take his aggression out is by fighting. The film gives Michael a chance to shine as a lead actor and it works quite well.

Martin Kove, best known as Sensei Kreese in the original Karate Kid, does well as the coach of the team and the father of both Worth’s and Philip Troy’s characters. We learn he was a champion but lost his glory days because of a fixed fight. Troy’s character of Sam, we learn, has gone a downward spiral years ago after losing a match. He truly finds himself heading towards the right direction through the competition.

Veteran Alex Cord plays it off quite decently as Jack, a high stakes gambler who has a connection to Erick’s girlfriend. He has an enforcer in a mobster-acting lackey, who in the film’s opener, forces Erick to almost get killed after he refuses to throw an illegal rooftop fight. Steven Vincent Leigh shows his stuff as Thai fighter Hong Do, who like Erick, has the hotheadedness and aggression, but a conscience as well.

Co-star Art Camacho also served as the film’s fight choreographer. His style of choreography would be the trademark of PM during the 90’s heyday. He really knows how to utilize skills, such as the kicking abilities of Michael Worth and Ron Yuan (who plays a Thai fighter) and the kickboxing skills of Vince Murdocco, while using a series of double and sometimes triple takes to get the full impact of the technique. In other words, if one blinks and misses a hit, a shot from another angle in slow motion would often be shown then the hit. It is camera techniques mixed with the utilization of skills that make Art Camacho’s brand of choreography exciting to watch.

To Be the Best is a pretty exciting film from PM Entertainment. Michael Worth does quite well here and Art Camacho’s choreography is well shot and edited. Worth a rental.