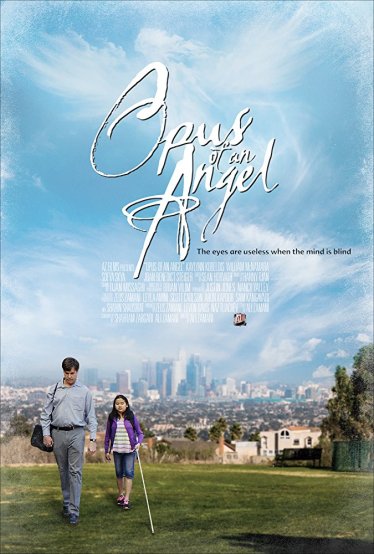 A doctor at the end of his rope gets the lesson of a lifetime in this riveting indie drama from Ali Zamani.

Stephen Murphy is at the end of his rope. Reeling from failure of saving a life during his job as a cardiologist to losing his family in an accident, it has been a full year and Stephen decides to go for one last tour of everything he has been through with the thought of ending his own life by the day’s end. However, on this particular day, he will soon experience something and someone he never imagined may make him think twice about his decision.

Early in the morning, things don’t go as planned as he finds himself still reeling from the tragedy that plagued him a year ago. That is, until he notices Maria, a young blind girl who got lost during a class trip. An attempt to call her mother fails and learning she lives in Santa Monica, Stephen decides to reluctantly take Maria with him on his journey and to perhaps find her mother. As the day progresses, a special bond slowly begins to form between the two and as Maria begins to open Stephen’s eyes, he begins to slowly realize that life is precious, making him think twice about doing what he had originally set out to do.

Very rarely does a film become heartwarming to a point where it will both make one, realize the joys of life itself and two, even make the viewer shed a tear by the end. This film succeeds in both and it is all part to the great performances of lead actor William McNamara and the film’s breakout star, Kaylynn Kubeldis.

McNamara’s Stephen is seen as embittered and broken when we first see him. Small flashbacks throughout the film lead up to how the film starts. It answers the question as to why does Stephen want to end his life. In the span of a day, he had gone from a loving family man and successful cardiologist who was given the hand of tragedy both professionally and personally. With the shot of the noose in the opening of the film, it is clear that Stephen’s intentions are well known. However, he does go on what he calls his “final journey” clearly finding only the negative aspects of life coming into his head rather than that of any positivity, including a bickering couple on a bus with threats of domestic violence.

Newcomer Kaylynn Kubeldis, the film’s real breakout star, is terrific in her film debut as blind girl Maria. Kubeldis, who is blind in real life, has such great chemistry with McNamara as we see this “grinch” slowly begin to warm up not only to Maria, but life in general. While things don’t start out great for the duo, it is when Stephen slowly begins to warm up to Maria in the same vein Cindy Lou Who and the spirit of Christmas warmed up the Grinch’s heart a few sizes up. The Macguffin of the film is Maria’s small angel pendant, in which she always fears of losing it, prompting Stephen to help on various occasions.

While there are a few scenes that are mostly filler, it is apparent and noteworthy to say that the film really is about the evolutionary bond between Stephen and Maria to the point where they can be seen as a sort of adopted father-adopted daughter relationship. The kind that should be seen rather than the horror stories you read in the papers. When everything is revealed as to why Stephen has become so embittered, Maria is the conscious if you will that helps him become a better man.

A really feel good film/drama about one man’s final journey becoming a journey of redemption and faith, Opus of an Angel truly stands out and the reason to see this is because of newcomer Kaylynn Kubeldis, who is truly a star on the rise.