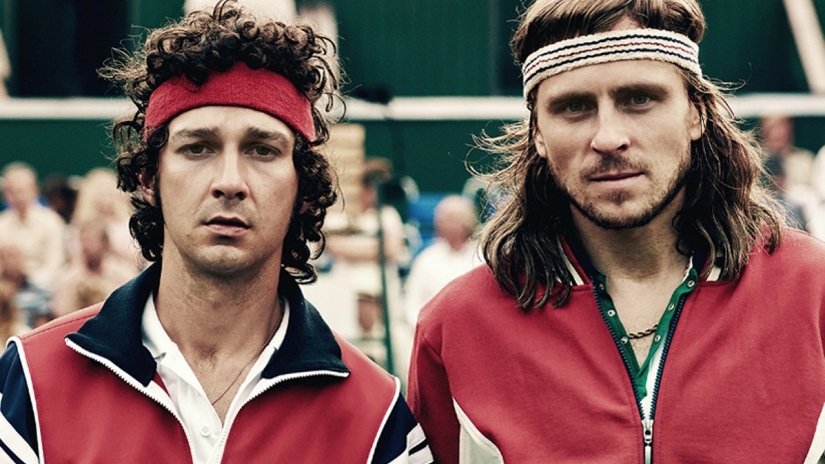 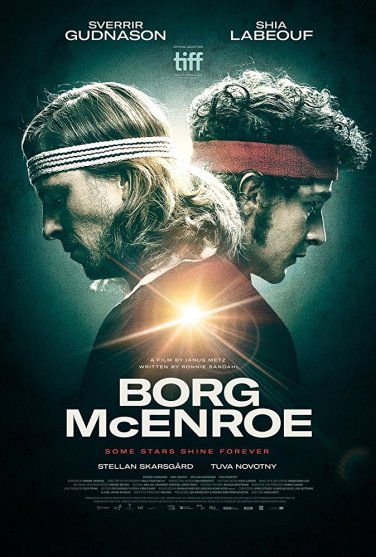 Tennis’ biggest rivalry is brought to the big screen with excellent performances by lead actors Sverrir Gudnason and Shia LeBeouf in the titular roles.

It is 1980 and the Wimbledon championship tournament has begun. The heavy favorite to win is Swedish player Bjorn Borg, who has already won four titles in the tournament and is looking for his fifth title. However, he has some heavy competition in American player John McEnroe, whose hot-tempered antics on the courts have made him the “bad boy” of tennis. However, McEnroe is determined to win the tournament in London.

As Borg and McEnroe begin to win their matches, the pressure begins to mount on both players. For Borg, it has always been about perfection and not letting his coach and family down. For McEnroe, being second best isn’t enough. Both raised into having to be perfect with winning being everything, the pressure on both are at an all-time high. When the duo makes it to the finals of the tournament, only one can be champion. However, both soon learn that to win will be just the tip of the iceberg.

This Swedish-Danish-Finnish co-production is quite interesting in its depiction of the famous tennis rivalry between Sweden’s Bjorn Borg and the “bad boy” that was John McEnroe. In sports films based in other countries, one figure would be more glorified and when it came to a rivalry of sorts, it is usually one figure or team that would be the focus of the film. However, Ronnie Sandahl’s screenplay offers a look from both perspectives of the titular players as while they were known rivals on the court, it is their upbringings that made them more similar that what we are to have believed.

Swedish actor Sverrir Gudnason has an uncanny resemblance to the tennis legend Borg and complements that resemblance with an emotional performance as someone who feels the pressure of being the best. While as a kid, Borg seemed to enjoy the game, it is when he becomes the student of Lennart Bergelin that it becomes about being a winner and facing the wrath of his coach when he doesn’t live up to Bergelin’s expectations. Stellan Skarsgård churns out a brilliant performance as Borg’s mentor with Tuva Novotny giving a sense of grounded nature for Borg as Mariana Simionescu.

Shia LeBeouf could not be a better fit to play John McEnroe. McEnroe, forever known for his tantrums and outbursts on the courts during his heyday, is similar to Borg with his upbringing of being perfected. This is notable in a flashback scene where as a child, he tells his mother he scored a 96 on a test and his mother doesn’t find it acceptable asking what happened to the other 4 percent. In addition, LeBeouf’s recent real-life issues would aid in his nabbing the role and this could just be the comeback the former child star is dying for as he is perfect in the role.

The tennis sequences are exciting to watch as we see both Borg and McEnroe face their opponents, with McEnroe going postal on Jimmy Connors during the semi-finals and berating the officials. That is until the brilliant finale pitting the tennis juggernauts as we see McEnroe more collected, taking his frustrations out on himself rather than anyone in his path. Borg seems collected for the most part but also faces that pressure of getting his fifth title but shows that not all is bad when he even gives words of encouragement for his rival in between sets. This would eventually lead to the real-life rivalry turned friendship between the two.

One would think Borg McEnroe would focus more on one considering the nature of the production. However, the film wisely looks at the viewpoints of feeling perfection and pressure both Borg and McEnroe that would make history in the sport of tennis. Sverrir Gudnason and Shia LeBeouf truly personify the titular duo in an emotional story that would result in one of the greatest matches in tennis history.