The living dead returns in the red-band trailer of Day of the Dead: Bloodline. 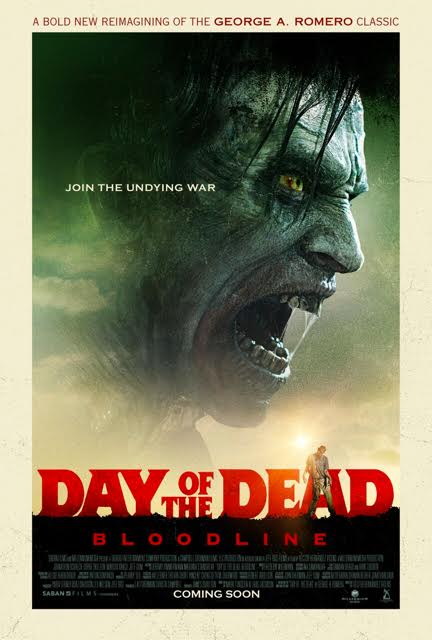 In this re-imagining of the 1985 classic by the late George A. Romero, a former med school student is tormented by a dark figure from her past. The only thing is, he’s a half-human, half-zombie hell-bent on destroying her world.

The film stars Jonathan Schaech, Sophie Skelton, Marcus Vanco, and Jeff Gum. The film was directed by Hèctor Hernández Vicens from a script by Mark Tonderai and Lars Jacobson.

Saban Films has announced that the film will be released in theaters, VOD, and Digital HD on January 5, 2018.