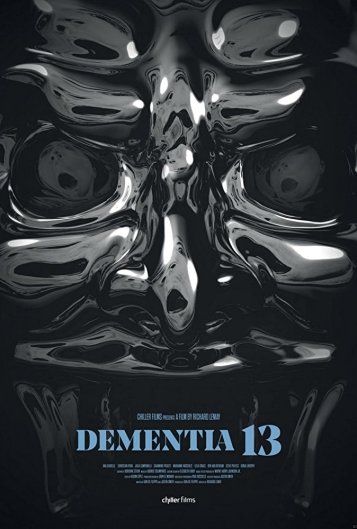 Francis Ford Coppola’s debut film gets the remake treatment and adds some major twists that help make the film that of a pretty good updated version.

When John Haloran and his new life Louise have an argument on the lake over a possible inheritance, the two once again get physical with Louise going to extremes and killing John, dumping his body in the river. Two weeks later, John’s family arrives at the family castle for the annual ceremony commemorating the memory of youngest member Kathleen, who tragically down when she was six years old.

Matriarch Gloria is suffering from dementia, always finding herself talking to Kathleen much to the chagrin of daughters Rose and Billy. This soon becomes the least of their problems this day as a mysterious person dressed in a cloak and mask kills Louise, who had been scheming the whole time and plans to send three accomplices to the castle to extort and kill the family. Things get even worse when strange occurrances within the confines begin to occur. Who will survive this fateful night?

Fifty-four years after future cinematic legend Francis Ford Coppola made his debut film, this updated version from the scripting team of Dan De Filippo and Justin Smith and director Richard LeMay takes the core plot of Coppola’s original and adds a few twists and turns that makes good use of its eighty-three-minute running time.

Julia Campanelli brings a sense of mystique to the role of matriarch Gloria Haloran, who is seen at times talking to the departed Kathleen as if she is still alive, which can be quite disturbing at times to both her family and the viewer. Channing Pickett’s Rose and Marianne Noscheze’s Billy couldn’t be more opposites, the former who can be somewhat seen as an uptight snob with the latter a world traveler to do more good than splurge or retire to the rich area. As for his short appearance in the opening, Christian Ryan’s John truly seems like a heartless rich boy who thrives on physical abuse and seems to have something in common with his mother.

Latin singer Ana Isabelle, like Ryan, makes the most of her screen time in the Luana Anders role of Louise, whose character is one of the major twists of the film. Instead of a conniving wife who plots to fake a haunting, her character is part of a gang who looks to rob the castle and kill its occupants. The trio of the fellow goons are seen briefly in terms of their appearance and motives. However, the film does have its axe killer, decked out in a Japanese-style demon mask and cloak. Unlike the original, the killer’s reveal is not who one may think it will be and the film itself takes a very insane supernatural twist that meshes two well-known subgenres of the horror film quite well.

This modern updated version of Dementia 13 is actually quite good in meshing the ghost story and serial killer film in one nicely wrapped remake with some intricate twists. If you enjoyed the original, then it is worth checking out this updated version.

Chiller Films will release this film in select theaters on October 6 followed by a VOD and Digital HD release on October 10.