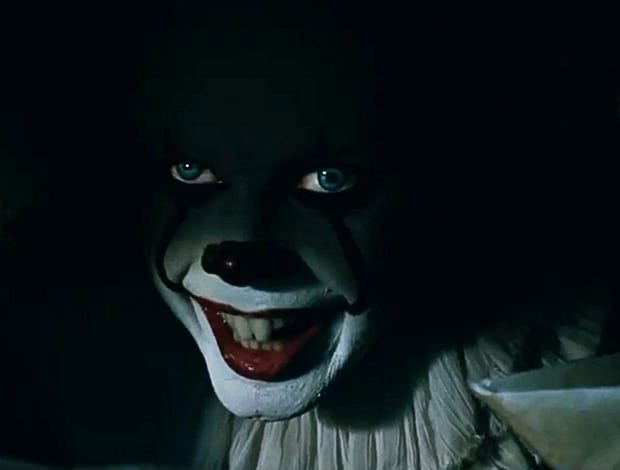 The long-awaited reboot of the Stephen King novel has arrived and it is one to truly call a worthy one thanks to a very creepy yet powerful performance from Bill Skårsgard.

In the small town of Derry, Maine, kids have been disappearing and would never be found. One of those kids is young George Denbrough, who lost his boat in a sewer and is never seen again. George’s older brother Bill has frantically searched for him much to the chagrin of his parents, who are convinced that he is dead. Meanwhile, school has come to an end and this means that Bill and his buddies Richie, Stanley, and Eddie, are all going to be bullied by local officer’s son Henry Bowers and his gang of punks.

Joined by Mike, new kid Ben, and Beverly, the group forms The Losers Club and they intend to help Bill find his brother. They soon discover that the one responsible is not a human, but rather a demonic presence who has taken the form of a clown named Pennywise, who feeds on the fears of children. Meanwhile, as the kids attempt to find a way to defeat Pennywise, the demonic clown continues his terror streak and goes as far as hypnotizing Henry into helping him get the Losers Club. Will the kids be able to conquer their fears and stand up to “It”?

When a reboot of It was announced, right off the bat, people were going to compare whoever was cast in the role of Pennywise to that of Tim Curry, who immortalized the role in the 1990 ABC TV-miniseries. After some issues with development, Bill Skårsgard was cast in the role of Pennywise under director Andy Muschietti, who replaced Cary Fukunaga (whose screenplay is still used in the film with some minor changes).

What we get in this first half of a two-film saga that will perhaps be Skårsgard’s breakout role in films. While he made a name for himself in Netflix’s Hemlock Grove, the second-generation actor can’t compare to that of Tim Curry because of one simple reason. Skårsgard has truly made the role his own and amps up the terror where Curry meshes more comical wit with the creepiness. That’s not to say Curry’s take on the role was bad, because it’s not at all. Curry just added some more comic flair to the 1990 version when necessary whereas Skårsgard really brings up the creepy smile but doesn’t need to add comic wits, but rather amp up a demonic presence behind that smile that will scare the heck out of you.

The young cast making up the teenage version of the Loser’s Club are excellent in this as well. What is more fascinating is that the viewer gets to look at some of the backstories involving certain members of the club. The group must learn to conquer their own individual fears then work together to stop the demonic Pennywise. Some of the backstories, notably that of Sophia Lillis’ Beverly, is pretty disturbing on its own and the film has a bit of a love triangle that disintegrates into a blossoming romance between Beverly and a member of the Losers Club. The bullying scenes also bring a sense of disturbance, notably in the bullying of new kid Ben as town bully Henry and his cronies harass him in such a fashion that can be seen only in horror films or perhaps a B-movie action film.

It is truly a worthy reboot driven by great performances by its young cast while Bill Skårsgard truly makes Pennywise his own entity with his demonic smile and presence that takes away the comic wit Tim Curry brought and amps up the terror. The finale can’t come fast enough.