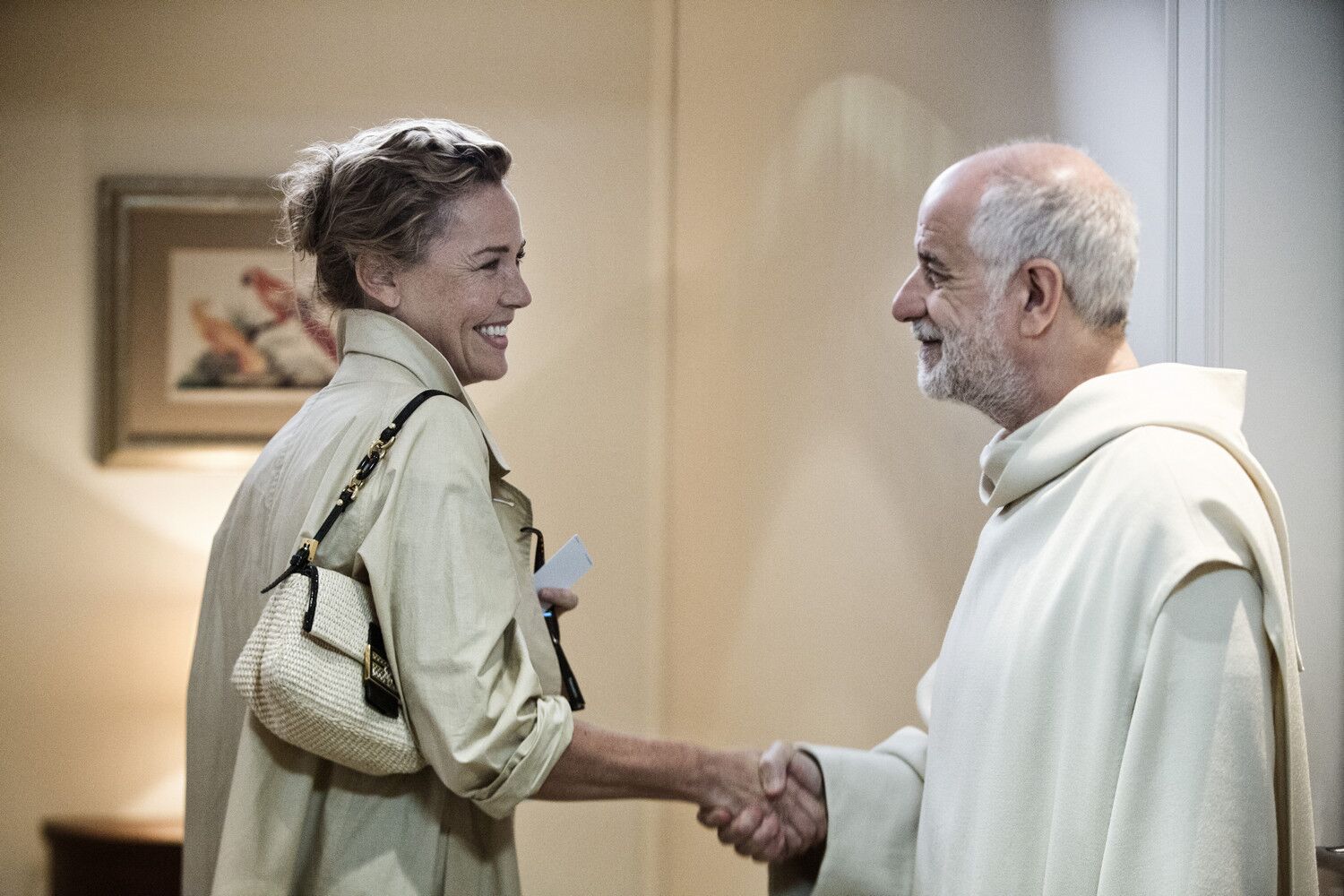 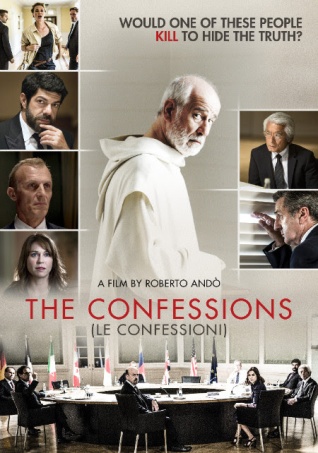 Politics, religion, and death all mesh in this international film from director Roberto Andò.

At a resort along the German coast, a G8 summit is gearing up between delegates from around the world. Representatives from the United States, Canada, Japan, Italy, Russia, Germany, the United Kingdom, and France have arrived along with a priest, Father Roberto Solus. Solus was invited by the director of the Intenational Monetary Fund, Daniel Roché. On the first night of the summit, Roché invites Fr. Solus to his room to give a confession.

The next day, Roché is found dead of an apparent suicide, bringing shock to everyone. Questions begin to be raised when Fr. Solus is the last one to see Roché alive. In addition, it is revealed that the plastic bag Roché used to kill himself was the same bag that Fr. Solus would keep his recorder in. Soon enough, everyone expects answers because for some, it will be bad for business if nothing will be done in the matter. Finding himself a prime suspect, Fr. Solus keeps his vow of silence with his only ally being a visiting children’s novelist, Claire, who is at the summit to get inspired to write her first thriller. Will the priest finally reveal all, or will the summit end up on a standstill?

This is quite an intriguing Italian-French co-production from director Roberto Andò, who co-wrote the screenplay with Angelo Pasquini. The film is a meshing of the politics involving international economics and business and a mystery surround the apparent suicide of the International Monetary Fund director. While the idea of meshing the two may seem like a good idea on paper, there are quite a few flaws that could have made this one somewhat more watchable in terms of its overall structure.

One of the major flaws in the film is that there are two characters who are inexplicably there who are not even ministers of economics and the reasons behind their being at the summit is perhaps even more strange. One is a novelist of children’s books, played by Danish actress Connie Nielsen, who does reveals she is there to get inspiration to write her first thriller while a rock star named Michael Wintzl, played by Belgian actor Johan Heldenbergh, is there with no explanation as well. While Claire seems to play a pivotal part in the film as the priest’s only ally besides Roché’s trusty servant, Wintzl just seems more like a throwaway character.

In addition to this flaw, the film can’t tell whether to focus on the mystery of Roché’s death or the politics surrounding international economics. A final flaw in the film comes in the form of a mysterious woman, perhaps Roché’s would-be successor or confidant, who appears via video chat who never reveals herself as she feels it is not important but goes on a tirade in the third act when everything is revealed.

Despite the flaws, the film does have a few positives. One is the international cast and when “international” is said, it is meant. The cast itself could be its own “summit” if you will, with Italian actor Toni Servillo making the most of his role as the very mysterious Father Solus, who gives up a vow of silence on behalf of the fallen Roché, played by French acting legend Daniel Auteuil. French-Canadian actress Marie-Josée Croze, Japanese actor Togo Igawa, German actor Richard Sammel, Italian actor Pierfrancesco Favino, Russian actor Aleksei Guskov, French actor Stéphane Freiss, and British actor Andy de la Tour make the most of their roles as the ministers of economics, who at one point or another, interact with the priest, giving their own set of “confessions”.

The other positive is the stylish cinematography of Maurizio Calvesi, which rightfully earned some accolades. The film bring an interesting style that meshes both realism and a sense of perhaps something even grander. In a very interesting scene, the Italian minister is swimming at the resort pool to be confronted by two of Roché’s colleagues and a combination of Calvisi’s stylish shots mixed with Clelio Benevento’s editing techniques bring perhaps a modern day version of the classic Italian neo-realism that is historic in its own right.

The Confessions is ultimately a mixed bag attempt to mesh politics, religion, and death. While the diverse cast and stylish cinematography hold quite well, some major flaws involving the story as a whole causes quite a bit of confusion, even by the time everything seems apparently revealed.