Next Friday will see the nationwide release of Spider-Man: Homecoming, in which Sony Pictures and Marvel Studios have joined forces on. This past weekend, Marvel Studios head Kevin Feige talked about the sequel, which will be released in 2019. Tom Holland plays the 15-year old Parker and his wall-crawling alter ego.

Feige confirmed that the film will NOT be called Homecoming 2, but will have a different name. He has also confirmed that the sequel, which will be set after the fourth Avengers film, will kickstart Marvel Cinematic Universe’s Phase 4.

Feige did also drop a bomb concerning a key scene in Iron Man 2. During the final battle, Iron finds a young boy sporting an Iron Man mask and pointing his hand towards a deadly robot to play off on Iron Man’s blast with Stark behind him. The little boy is none other than the character of Peter Parker, the future Spider-Man. See the photo below: 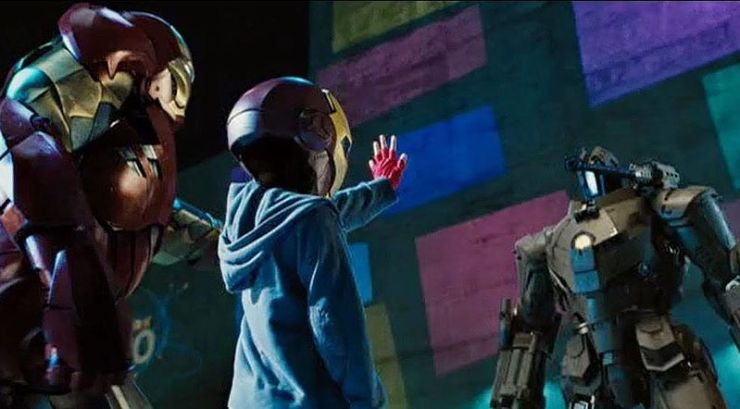 And as if don’t know already, Tony Stark (Robert Downey Jr.) is the one who has Spidey join him for Captain America: Civil War and plays a mentor of sorts to Peter in Hoemcoming.

Spider-Man: Homecoming comes to theaters on July 7 from Marvel Studios.