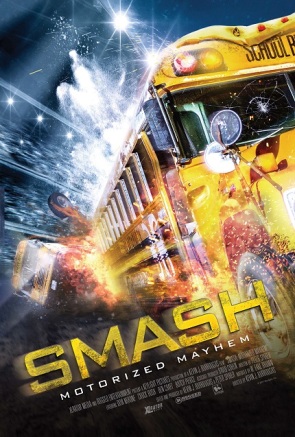 Get ready for racing like never seen before in this documentary that revolves around the world of school bus racing in Florida.

In Bithlo, Florida, a city near Orlando, the local speedway is home to perhaps one of the most insane types of races imaginable: the School Bus Figure-8 races that culminate to the National Championships of School Bus racing. For this year’s competitions, three veterans of racing are entering the competition and Don Cerone is in charge of making sure there are enough competitors for this year’s race.

Chuck Rush’s whole life has been racing. Starting out with the demolition derbies, he eventually moved up to school bus racing. Ben Craft, a kids school bus driver by day, has been racing for three years straight and hopes to win his first major competition. As for roofer and former stock car racer Butch Pierce, this is his final race as he plans to retire from racing and focus solely on his day job. It all comes to ahead at the National Championship of School Bus Racing.

Living in Florida for nearly a decade, this is a subject even this reviewer has never heard of, until now. This documentary, clocking in at a mere 65 minutes, is quite fascinating as it revolves around racing as those outside of Florida may have never heard of. The film opens with a history of racing in Florida, which culminated with the present day NASCAR races in Daytona Beach. However, for those who have dreamed of being NASCAR racers but couldn’t, school bus racing, a major thing in the city of Bithlo, was and still is the alternative.

It is interesting as well as to have the focus on three ordinary guys who have a passion for this very-little known sport and love it for the sheer thrill of excitement. The film’s primary focus in terms of the racers are that of Butch Pierce and Chuck Rush, two racing veterans who helped pioneer school bus racing. As Rush continues his success, Pierce gears up for what will be his last race. The viewer gets a chance as well as to see how exactly these ordinary guys gain access to the buses that are used for the races.

The race itself is quite a hoot and it is clear that these guys mean business. Even Don Cerone, who is in charge of making sure there are enough racers, lays down the rules. One rule that must be noted when doing this kind of race, is absolutely no intentional hitting fellow racers. The penalty for doing it is no payday for the race period, regardless. To these guys, it’s not just about sportsmanship, but bringing something fun and exciting to the people and after seeing this, this is one reviewer who may be ready to see his first real school bus race.

Smash: Motorized Mayhem is a wild ride and exciting look at the world of school bus racing. While the backstories of three racers showcase their love of the sport, it all comes to together into something that may make you want to go to Bithlo, Florida, and enjoy the heck of a wild ride!

XLrator Media will be releasing this film on VOD and iTunes on March 21.