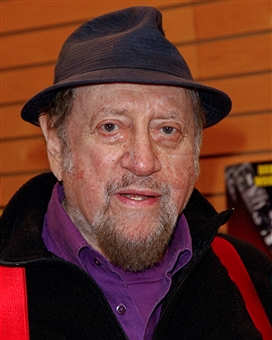 Hollywood was rocked this week by the death of legendary producer Fred Weintraub, who passed away on March 5 at the age of 88. Weintraub is perhaps best known to film fans for producing the martial arts epic Enter the Dragon, starring another legend, Bruce Lee.

Fred Robert Weintraub was born in the Bronx, New York on April 27, 1928. He can be considered a jack-of-all trades because he had virtually done it all. He went from running his family’s baby carriage and toy business to opening a club, The Bitter End, in NYC’s Bleecker Street. The club would be considered a starting point for many comedians and musicians, such as Bob Dylan, Joan Baez, George Carlin, Woody Allen, and Joan Rivers.

In the late 1960’s, Weintraub left New York and went on to Hollywood, where he started our as a production executive for Warner Brothers. His first job for the company was to finance a documentary that would be one of the most well-known films of the music generation: Woodstock.

In late 1972, Weintraub saw the success of Hong Kong’s martial arts films after the company had imported the Shaw Brothers film King Boxer and re-titled it Five Fingers of Death. Weintraub decided to make an American-made martial arts epic shot on location in Hong Kong. Using Michael Allin‘s script Blood and Steel, Weintraub found his lead actor in the top action star in Hong Kong, an American-born martial arts legend by the name of Bruce Lee. Lee put some of his input in Allin’s script and the film would be re-titled Enter the Dragon. The rest as they say with that film, is history.

Weintraub continued success as a film and television producer, having worked on series such as The Dukes of Hazzard and the folk music program Hootenanny. In the late 1980’s, Weintraub worked for Golden Harvest and produced the China O’Brien films, written by his daughter Sandra and starring champion martial artist Cynthia Rothrock in the titular role, and the duo worked on a documentary together for the company, The Best of the Martial Arts Films, also known as The Deadliest Art.

World Film Geek sends its condolences to the family of Fred Weintraub. As a final tribute, here is an interview with Weintraub on the amazing use of split-screen in the documentary Woodstock, courtesy of Fields Day Productions: