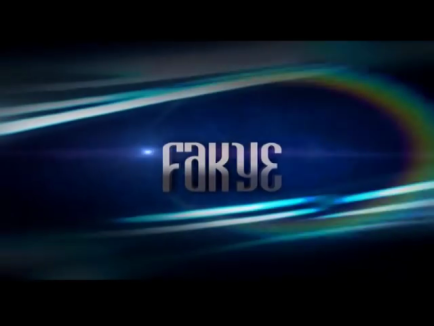 The world of music and kung fu mesh in a weird way in this Ghanaian action thriller from Jackson K. Bentum.

Mildred is a big local music star under the mentorship of producer Ray Bonsu. Ama, Mildred’s sister, has a confrontation with her and it gets to a boiling point for Ama, who points her gun at Mildred. When Mildred is shot, Ama freaks out and goes on the run. Bonsu, learning that his number one star has died, has announced that police were investigating and that he would personally give whoever brings Ama to the police a $50,000 reward.

Meanwhile, Shifoo and his son have returned from China where they have mastered kung fu. They find a secluded place thanks to Shifoo’s brother, an aspiring comedian. When Ama finds herself constantly on the run, she soon discovers she was framed for her sister’s murder and continues hiding to clear her name. When Bonsu informs three locals who have taken Ama that it was revealed she was framed, he decides to cover the whole plot up by keeping Ama framed for the murder. What will happen when on her journey, she meets Shifoo and his son?

At a running time of nearly three hours in total, this is a very strange film in terms of execution. The film is a meshing of a murder mystery and conspiracy with the likes of a kung fu comedy. The reason why these two genres would merge is beyond insane. However, we are talking about shot on video filmmaking in the world of African cinema. While WFG has covered Nigerian cinema, known as Nollywood, this is the first film reviewed here to come from Ghana, in which the languages combined are English and Twi.

The murder mystery core plot enough could have made this watchable. Granted, the acting isn’t exactly great but the actors here do their best even if the acting level is that of an old school B-movie. Clera Benson makes the most of her role as Ama, the young woman who finds herself on the run after the apparent murder of her sister, who we see in a flashback had gone from quiet schoolgirl to local music superstar. Yaa Kunuda Jackson’s as the victim Mildred, does well in the role when we see her in these flashbacks and in a nod to the filmmaker when she records her song (which is the title of the film), she goes to start with saying, “Thank you to my producer Jackson K. Bentum. God Bless”, before she breaks her song out. Bentum does appear in the film as the recording engineer in an uncredited cameo.

As with the kung fu comic sequences, one would wonder why are these sequences even in the film. Well, it is revealed that Shifoo is played by Kwadwo Nkansah, who is Ghana’s most famous comedian who also goes by the nickname “Lil Win”. Already a star in his native country, Bentum gave Nkansah a chance to play a kung fu master whose skills are obviously meant to look ridiculous but also give him the chance to bring off some of that comic relief in an otherwise very serious film. His scenes with Emmanul Danko are quite laughable at times but it is during the third hour that things slowly take a serious turn when it comes to Shifoo and his son.

Bill Amasoah oozes evil from the moment you see him in the film as producer Ray Bonsu. When he holds his press conference about Mildred’s murder, you can tell something about him is off and throughout the film, he begins to slowly reveal his true colors all in order to protect his own butt, especially when he knows that Ama has been framed. He has three goons who at first were after Ama for the reward only to join forces with him to cover up the entire plot. This is quite an interesting twist to the story that does okay, but even the goons when they are in action, have skills that aren’t quite exciting yet Charilson Kyoung Kwaic truly has the best skills of the trio. He seems like someone who could lead a local action/martial arts film if given the right project.

In the end, Fakye is not exactly a terrible Ghanaian film, but the kung fu scenes prove to be an unnecessary element. The core murder mystery along with its conspiracy is well enough to have been its own film. Despite the understanding of the nature with the kung fu sequences, Kwadwo Nkansah does bring a touch of lightness to an otherwise serious thriller.

This film is available to view on YouTube with many of the shot-on-video African films. Here are the links for the curious parties: