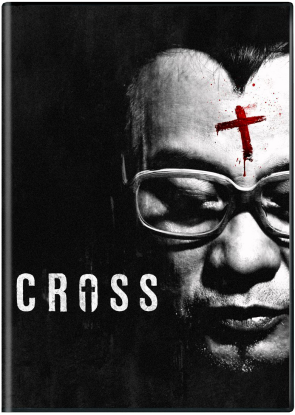 Simon Yam, one of Hong Kong’s top actors, stars in this film that took two years and four directors to complete.

Lee Leung, a lowly man arrives to the Hong Kong police station to confess killing three people. He considers himself God’s agent and he claims that he only killed them because his victims had wanted to end their lives to begin with. He explains his story of how his suffering wife committed suicide, which is considered a sin to God. He began to search an Internet forum for suicidal people and found three people who wanted their lives done with.

As Lee explains how he “saved” his victims, police psychologist Cheung asks to head the investigation. After careful searching for clues and interviews with the likes of both Lee and the owner of the Internet forums, Cheung may think there is more than what is going on. Is Lee actually “God’s agent”? Or is he an unwitting pawn for someone’s twisted game?

Hong Kong veteran Simon Yam is known for playing all sorts of characters, from nice guys to psychopaths. For this film, his character of Lee Leung is sort of middle ground as he seems to be a nice guy who only killed because he is doing “God’s work”. The film does have an interesting concept. The major problem is that it took two years and four directors to complete this film and the result is a disjointed mess that jumps around too much.

One must wonder why it took two years and four directors to complete the film. Was it intended? Did the producer run out of money? Whatever the case, one thinks that it starts as a flashback film. However, the film tends to jump around and show flashbacks of the life of another character, which for one reason or another, ends up being played by two actors. Technically it is three actors, one who played a young version of the character and then the two actors are supposed to be in the same time frame. It makes absolutely no sense, unless something is implied, which doesn’t look to be the case.

As much as Simon Yam is a great actor, had it not been for his performance and continuing his reputation as one of Hong Kong’s finest talents, Cross would have been a complete disappointment. Great premise, terrible execution. Perhaps the producer should learn a lesson from this. If a film takes four directors and two years to complete, make sure there is coherent editing and attempt to keep the same cast members. It worked for Richard Linklater after all and he took longer for his film Boyhood.