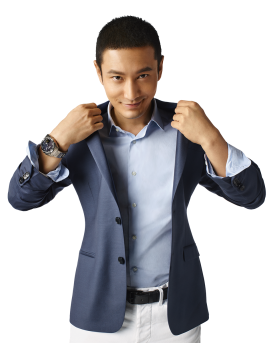 Tsukaja Hojo‘s manga City Hunter, which told the story of Ryo Saeba, a highly skilled gunman who has a penchant for the ladies, is coming to life again nearly 25 years in films and after a Korean TV series.

The manga was brought to life first in 1993 with Wong Jing directing and starred Jackie Chan as Ryo Saeba. The film is best known today for its Street Fighter II-inspired fight sequence between Chan and British martial artist Gary Daniels. The manga would be later be adapted into a Korean television series in 2011, which starred Lee Min-Ho as Lee Yun-Seong.

Now, a new film adaptation is in development and what is looking to be confirmed is that Stanley Tong will be directing with Huang Xiaoming (right, co-star of Ip Man 2) taking the role of Ryo Saeba. The film is aiming for a December 2018 release date.

In the meantime, check out the famous Street Fighter II fight from the 1993 adaptation of City Hunter