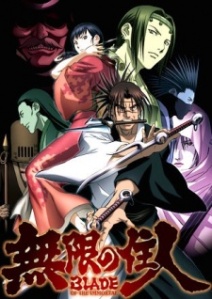 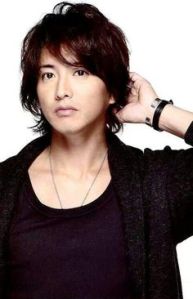 One of Japan’s versatile filmmakers and boy band/J-drama legends have teamed up for a live action adaptation of a top manga and anime.

Takashi Miike, whose recently live action adaptation of the manga and anime Terra Formars, didn’t do so well at the box office; and SMAP member Takuya Kimura have joined forces for Blade of the Immortal, a live action adaptation of Hiroaki Samura‘s manga revolving around Manji, a former samurai who after becoming immortal decides to atone for his past transgressions by taking down 1000 evil men.

The manga had been adapted into an anime in 2008 by Bee Train studios under the direction of Koichi Mashimo. For the live action film, Kimura plays the titular immortal Manji while Miike had directed from a screenplay by Death Note screenwriter Tetsuya Oishi.

Production was done between November 2015 and January 2016 and is still in post-production. However, an official release date in Japan will be that of Golden Week, somewhere between late April and early May of 2017.