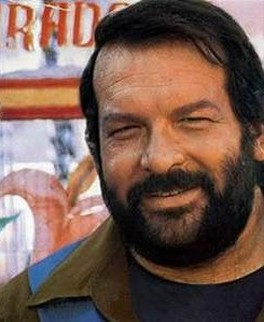 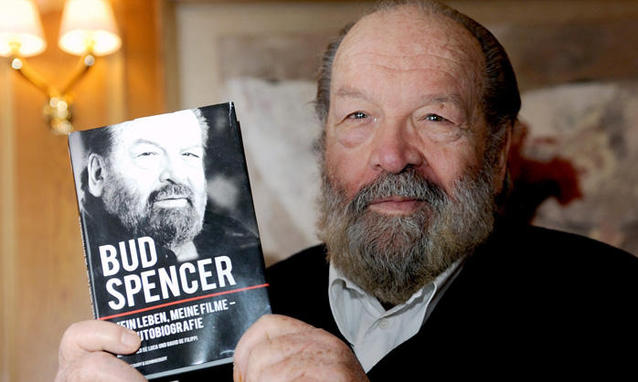 One of the greatest icons in both spaghetti westerns and Italian-made comedies is gone. On June 27, 2016, Bud Spencer passed away quietly in Rome at the age of 86. Spencer was known for his collaborations with fellow Italian-born actor Terence Hill as the duo had been known as one of the most prolific duos to come out of Italy.

Spencer was born Carlo Pedersoli on October 31, 1929 in Naples, Italy. At the age of 18, he moved to Brazil to work at the Italian consulate before moving back to his homeland in 1949. Upon returning to Italy, he would make history as the first Italian-born swimmer to swim the 100 meter freestyle in less than one minute. He would become a national champion on various occasions in the sport.

Spencer’s film career began in 1949 when he appeared in That My Husband’s Ghost, a comedy that was released a year after production. He followed that up with the role of a Praetorian guard in the classic Quo Vadis. He continued with small roles under his real name in many films during the fifties and early sixties. It was 1959 on the set of Hannibal where he would meet his future partner-in-crime Mario Girotti, known throughout the world as Terence Hill.

In 1967, Carlo Pedersoli became “Bud Spencer”, Bud named after his favorite beer, Budweister, and Spencer, named after his favorite actor, Spencer Tracy. It was then that he and Terence Hill became one of the most iconic duos in spaghetti westerns and later, modern-day comedies. They include They Call Me Trinity, Trinity is Still My Name, Crime Busters, and Miami Supercops. Their final appearance together on film was in the 1994 western comedy Troublemakers, which Hill also directed and was written by Hill’s son Jess.

Aside from his work as an actor and swimming champion, Spencer was also the founder of Mistral Air, an airliner for pilgrims only to sell it to start up a textile mill that makes clothes for children. In 2005, he tried his hand at politics, but was unsuccessful in his run. In 2011, Spencer published his autobiography.

Spencer is survived by his wife of fifty-six years, Maria, three children, five grandchildren and six great-grandchildren. World Film Geek sends its condolences to the family of Carlo Pedersoli aka Bud Spencer.

The legacy of Bud Spencer will forever live on. As a tribute to Bud Spencer, here is a 1983 interview of the dynamic duo of Terence Hill and Bud Spencer on the Miami set of Go for It cortesy of Youtube user robatsea2009