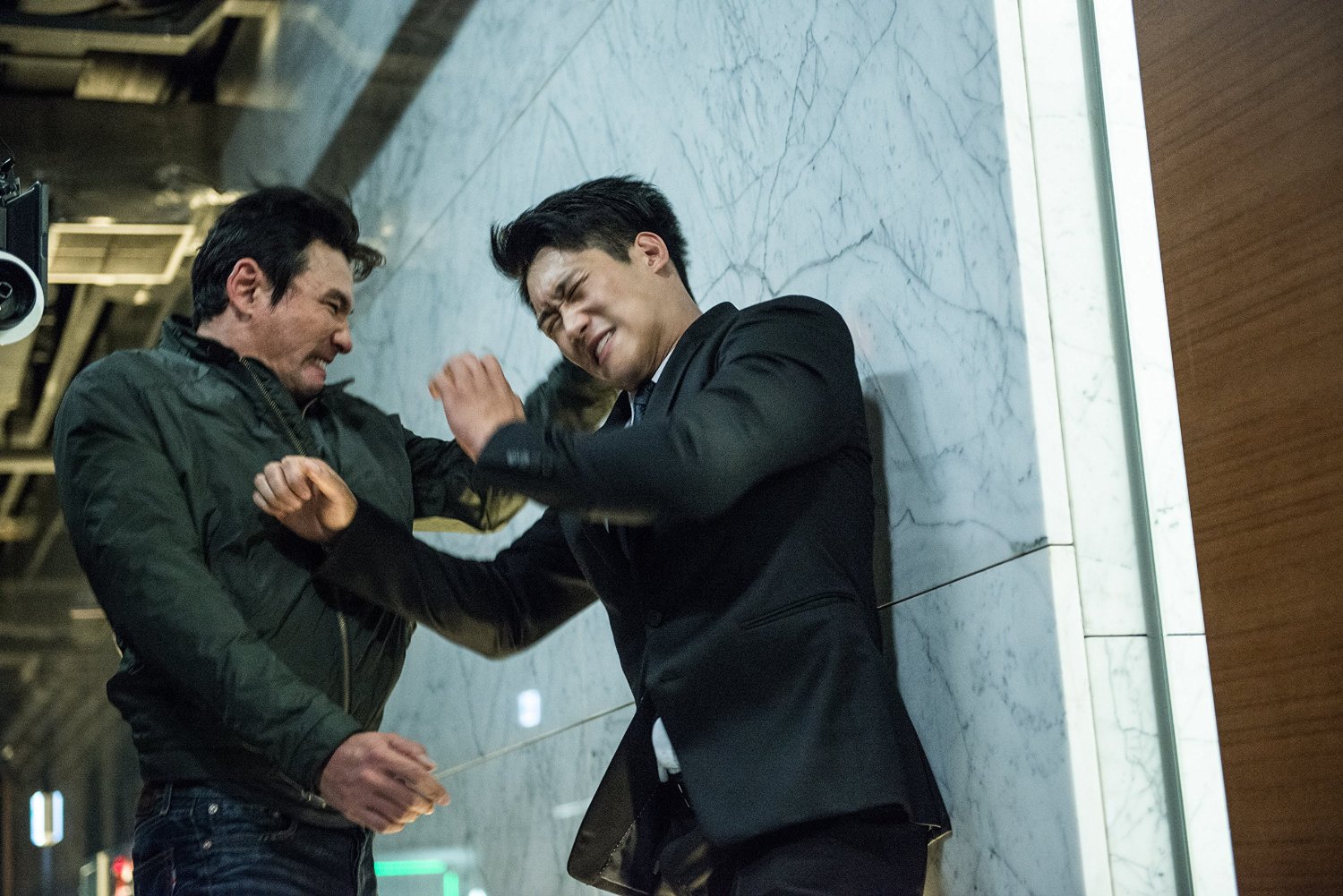 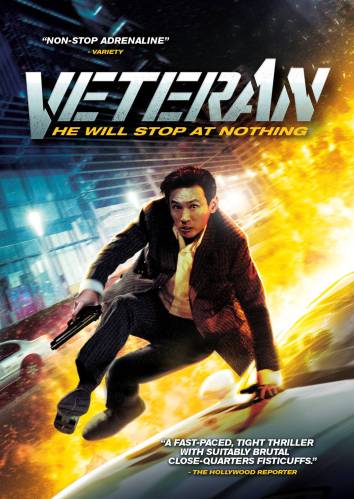 Ryoo Seung-Wan’s latest film is a fun fast-paced thriller about a hard-nosed cop who goes to great lengths to stop a power-hungry businessman from wreaking havoc.

Detective Seo Do-Cheol is one of the best on the force. However, while he is one of the best, his unorthodox methods has been known to tick off his boss Oh as well as his teammates. After taking down an illegal car thievery ring between a Korean criminal and a Russian crime ring, Seo is inching closer to getting his dream job at the Central Office, much to the chagrin of his team as well as his wife, who works as a social worker. However, Seo is about to get on a case that could make or break him.

What started out as workers for a conglomerate company protesting for wages has become a high profile case when Bae, one of the drivers, has confronted company head Cho Tae-Oh and is then found on the bottom floor dead. Seo suspects that Bae may have been murdered in a conspiracy by Cho. However, Cho has many high profile connections that prevent him from being charged with any crimes, thus the young man has become somewhat arrogant. However, Seo has become determined to become the one who could finally put an end to Cho’s arrogance. He won’t be able to handle it alone though and will go to any lengths to make sure Cho gets his.

Ryoo Seung-Wan is definitely one of Korea’s top directors in the action department. For his latest film, he sends in a veteran and unorthodox cop who takes on his greatest case, one that could eventually break him if things don’t go as planned. Compared to some of his other films such as The Berlin File, Arahan, and City of Violence, Ryoo amps up a bit of the comedy here but melds it with great action and drama with the film’s story.

The film is definitely a cat-and-mouse tale that pits Hwang Jeong-Min’s titular “veteran” detective pitted against the young and arrogant Cho, played by Yoo Ah-In. Hwang is perfectly cast in the role as the seasoned Seo, who goes to any lengths to ensure he gets the job done. He can be somewhat arrogant and sometimes faces the wrath of his wife, team, and superior, but they all know one thing: when Seo has a case, he will do anything to get it done. As for Yoo, he does great as the arrogant Cho, who only cares about money and the power that comes along with it, all because his father runs the company. However, Cho’s right hand man Choi, played by Yoo Hae-Jin, is close to being more of a scumbag than Cho himself. However, the arrogance seems to rub off on Choi the wrong way. It is clear that the viewer just wants both Cho and Choi to get smacked.

Korea’s top action coordinator, Jung Doo-Hong, comes in as the film’s action director and once again, he doesn’t disappoint. As a matter of fact, the action goes quite the distance with Hwang’s first fight scene is reminiscent of watching a 1980’s to early 90’s Jackie Chan movie with his use of the environment and brings out some comic relief during this fight scene. One of the teammates, the female detective of the group, also unleashes some fun action when she fights. The climactic battle pitting Hwang and Yoo is also nicely done and is in two parts: a vehicle chase followed by a major throwdown that goes on the opposite side of the spectrum when compared to Hwang’s intro fight.

Veteran is a fun action film that melds the cop action comedy with a deadly cat-and-mouse that gives a potentially deadly consequence of having money and power to cover tracks and the one force that will go to great lengths to take that power down. Highly recommended for not only fans of Ryoo Seung-Wan, but fans of action films everywhere.