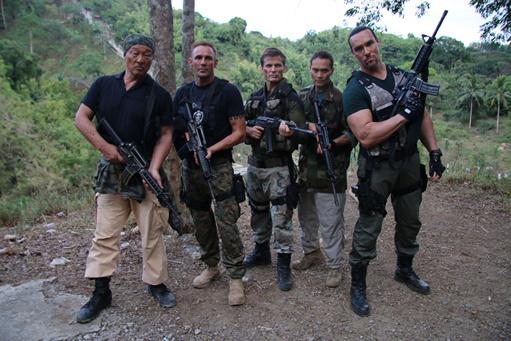 An upcoming action film will unite some of your favorite B-movie action heroes from the 1990’s. They are all gathering for a Showdown in Manila.

The film marks the directorial debut of Mark Dacascos, the martial arts action star of films such as Only the Strong and Kickboxer 5: The Redemption. Many will know him as “The Chairman” on Food Network’s Iron Chef America. The film is produced by Russian powerhouse Alexander Nevsky and Andrzej Bartrowiak, who directed Romeo Must Die and Cradle 2 The Grave.

Check out the one-minute teaser trailer below and prepare for a Showdown in Manila sometime later this year or early 2016.