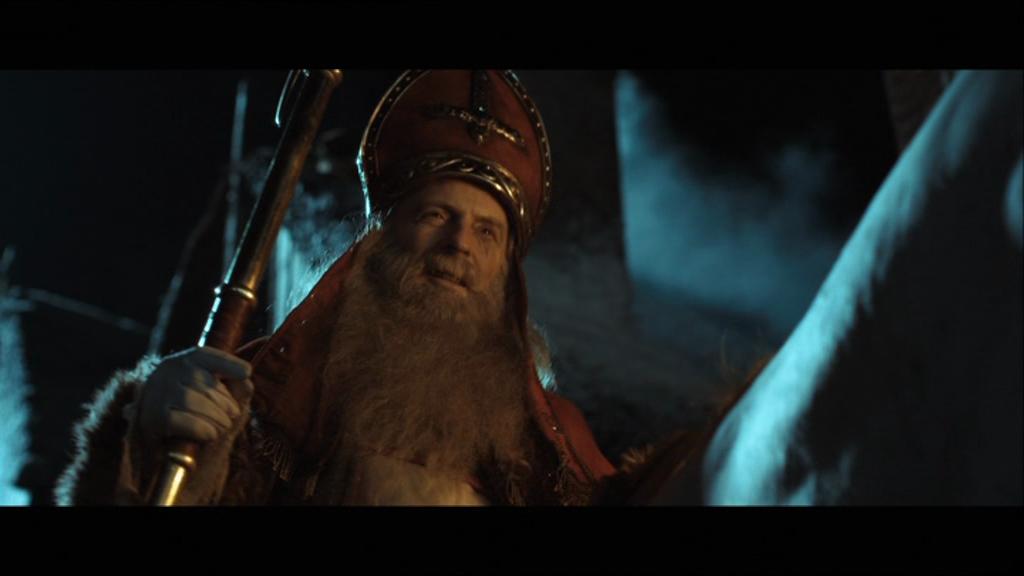 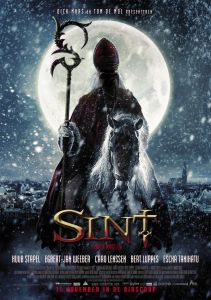 From the director of the international horror hits The Lift (1983) and Amsterdamned (1988) comes this holiday thriller, revolving around the legend of Saint Nicholas.

In the Netherlands, December 5 is usually a day of celebration as they celebrate Saint Nicholas. The legend is that St. Nick is a bishop who comes to town to bring presents to all the good children of Holland. However, according to an urban legend, Nicholas is actually a child murderer who strikes whenever there is a full moon on December 5. In 2010, a full moon falls on Amsterdam on December 5.

Detective Goert Hoekstra is put on indefinite leave when he proposes a boycott of the holiday due to past events. As a child, Goert had seen his family massacred by what he believes is the ghost of St. Nicholas. While no one of the force believes his story, bodies begin to pop up, including that of local college girl Sophie. When Frank, Sophie’s ex-boyfriend, is framed for her murder and the murders of his friends, the police are shocked to discover St. Nicholas riding his horse on the rooftops of Amsterdam. When Frank is able to escape after the chase, he meets Goert. Together, they plan to stop St. Nicholas and his reign of terror once and for all.

There have been many controversial holiday horror films, including the 1984 cult classic Silent Night, Deadly Night. Where that film featured a serial killer dressed as Santa Claus, SAINT features the zombified ghost of Saint Nicholas. Writer/director Dick Maas nearly caused an uproar in his native Netherlands with the film. However, the film overall is proven to be one of his good films.

In an interesting reversal of trademark, Maas has cast one his favorite actors, Huub Stapel, in the villain role. Stapel, who played the hero in both of Maas’ international films The Lift and Amsterdamned, appears as the evil Saint Nicholas, or Niklas in Dutch. The opening is set in 1492, where Niklas and the Black Piets ravage a small village only to have the tables turned on them when they are burned to death.

In the role of the elder detective is Bert Luppes. Luppes tends to overplay his performance in the role of Goert, who as a kid, saw his family murdered at the hands of Nicholas, who had become zombified. While no one believes his story, he proves to be the only one who is correct only to find a believer in local college boy Frank, played with at times comic relief by Egbert-Jan Weeber. The lead female roles, played by Caro Lenssen (daughter of popular Dutch actress Renee Soutendijk) and Escha Tanuhati are practically there to just sit there and in the case of the latter, get killed.

Despite the bad acting, the highlights are the death scenes and in the vein of Amsterdamned, a spectacular stunt sequence. The deaths are at times very gruesome with lots of impalements and a very nicely done decapitation from Nicholas’ curves staff. The nicely shot stunt scene involves Nicholas riding on his horse jumping on the rooftops of Amsterdam. Now, this looks to have been done by a combination of greenscreen technology and CGI, but it still looked pretty impressive for this type of film. Kudos goes out to stunt coordinator Willem de Beulaker for pulling this off as well as a nicely done car stunt involving Weeber taking on members of the Black Piets, Nicholas’ zombie henchmen.

Sint is definitely a pretty good Dick Maas horror film. While the controversy revolves around Holland’s St. Nick, Maas has crafted a great film in the vein of Silent Night, Deadly Night and mixes it with some great stunts. It is clear why Dick Maas is truly one of the most underrated directors to come from the Netherlands.